Ever since the online grocery guys came into the picture (read as bigbasket in our home), one recurrent topic at my place has been – “would we miss the supermarket experience?” Some common points that would typically come up were:

Yesterday, I went to Nilgiris and Reliance fresh (for two different items that could be got only in these two places), and I realized that, perhaps, I may not even miss the shopping experience. The experience was far from optimal. I noticed that there were more grofers (and other hyperlocal delivery guys) grabbing stuff from the shelves than regular shoppers.

Instead of seeing new products, I saw new hyperlocal delivery company names – I saw a company named Ninjacart. These guys were in a mad rush to get stuff, billed and run out, so that their SLAs with their demanding home delivery customers could be met.

My dad tells me that this is often the story in retail supermarket chains in Chennai too. I do not yet think, this has caught on with larger chains such as SPAR. But it will not be too long, I think. Are we becoming lazier? Are we going to lose out on that one enjoyable outing? I do not know. But time will tell – since we will only know the true picture after the VC funding dries out.

In recent times, as most of my readers know, the only movies that we have been going to, are cartoon movies. Two reasons behind this are – this way the kid and we can enjoy together (RoI is very important – since we are spending a sh** load of money on movie tickets) and secondly, the wife and me have started becoming impatient with respect to movies (partly due to watching recorded movies on Tata Sky Plus at home – where we can forward all the unwanted junk!).

Anyways, the cartoon movie scene in Bangalore does not help too much. Except big scale movies from big movie houses (read: Disney), all other cartoon movies barely cross a week in theatres. Same was the case with “Shaun the Sheep”. It release the weekend of the Independence Day (Aug 14 weekend) and by Aug 21 weekend, it was running one show in one theatre (and irony – the theatre farthest from where we live). But no, that did not deter us. We hauled it from Koramangala to the Orion Mall Rajaji Nagar for the 4PM show.

The wife and me (and the kid, incidentally) have been big fans of Shaun the Sheep cartoons on tv. If you have not, go to youtube and search. They are fun, clean, and smallish cartoon strips about a bunch of sheep, one of them being Shaun. Ofcourse Shaun, being the pratagonist, is smarter and more quick witted than the rest.

We went to this movie with a single thought – how could you make a cartoon strip which typically runs as a filler in the cartoon channels (most of the strips are 5-7 minutes long) as a whole movie. But the director has done a commendable job. The movie does not leave you fidgetting your thumbs. It is a fast paced movie.

The jokes are clean, which will leave young and old chuckling – very typical of the usual Shaun the sheep strips. None of the jokes leave you cracking up, but keeps you chuckling through the movie. Very nice animation. And hey, get this, there is not a single dialog in the movie – just like in the strip. The only person capable of speaking, the farmer, also just makes unintelligible noises, but that is it.

Last weekend, my sister, brother-in-law and their kid visited Bangalore, and we used this as an excuse to visit Nandi Hills (which we had never visited so far in the seven years we have lived in Bangalore!).

We started early – around 7:00Am from Koramangala. We took the usual route to the airport that most cabbies take: Viveknagar -> Mother Theresa Road -> Residency Road -> MG Road -> Golf course -> Mekhri circle.

As per plan, we took a slight detour off at RT Nagar and had breakfast at the Vasudev Adigas – at 730AM.

Left Adigas around 830AM and took to Bellary Road. Road is just awesome. Beautifully paved 6 lane road. Pleasure to drive. But do beware of cops who stand with radar speed detectors and can book you (apparently happens very regularly).

After a while, you will see a board to Nandi hills heading left. You will also see a restaurant complex of sorts in that junction. Do take that road even if your GPS does not say so. My MapMyIndia GPS asked me to go straight on and take the next left. The road quality is super bad in the second route.

Once you reach the top of the hill, there are parking areas. The one at the very top apparently gets filled up very quickly and overflows to the lower level, which is where we parked. This is an area under a larger number of trees and some weird tree house type structures with little or no flooring.

Interesting observation: 5 of the 10 cars that were parked there were zoomcars.

This parking area is just super windy and chill. Do make sure you take a jacket.

You climb up to the actual Nandi hills area via a little walkway and a few steps.

You have a large Shiva temple which looks pretty old. And a Kalyani (temple tank) inside it. This tank is fed by fresh water springs all year long. It is believed that this tank (and its springs) is where three rivers originate – Palaar, Pennaar, and Arkavathi.

There are some neatly maintained gardens and pathways nearby, where you can take a stroll. The two 5 year olds played a bit of football for a while.

There is a Nandini ice cream parlour, where we all had ice creams. There is also a small cafe (small eats like idli, dosa, tea, and coffee are available), where all had tea/coffee.

Warning: There are a large number of monkeys. Even if they see you having something resembling food, they will come and grab from your hand. In fact, if you do even so much as to sit on some of the park benches, they think, you are going to eat, and approach you.

The monkeys scared the living daylights out of us, and we left in about an hour. Over the course of the half hour, we saw monkeys snatching chips packets from small kids, snatching ice-cream bars from older people’s hands, and such.

We left from there around 11am and back in the city by around 1:15pm. 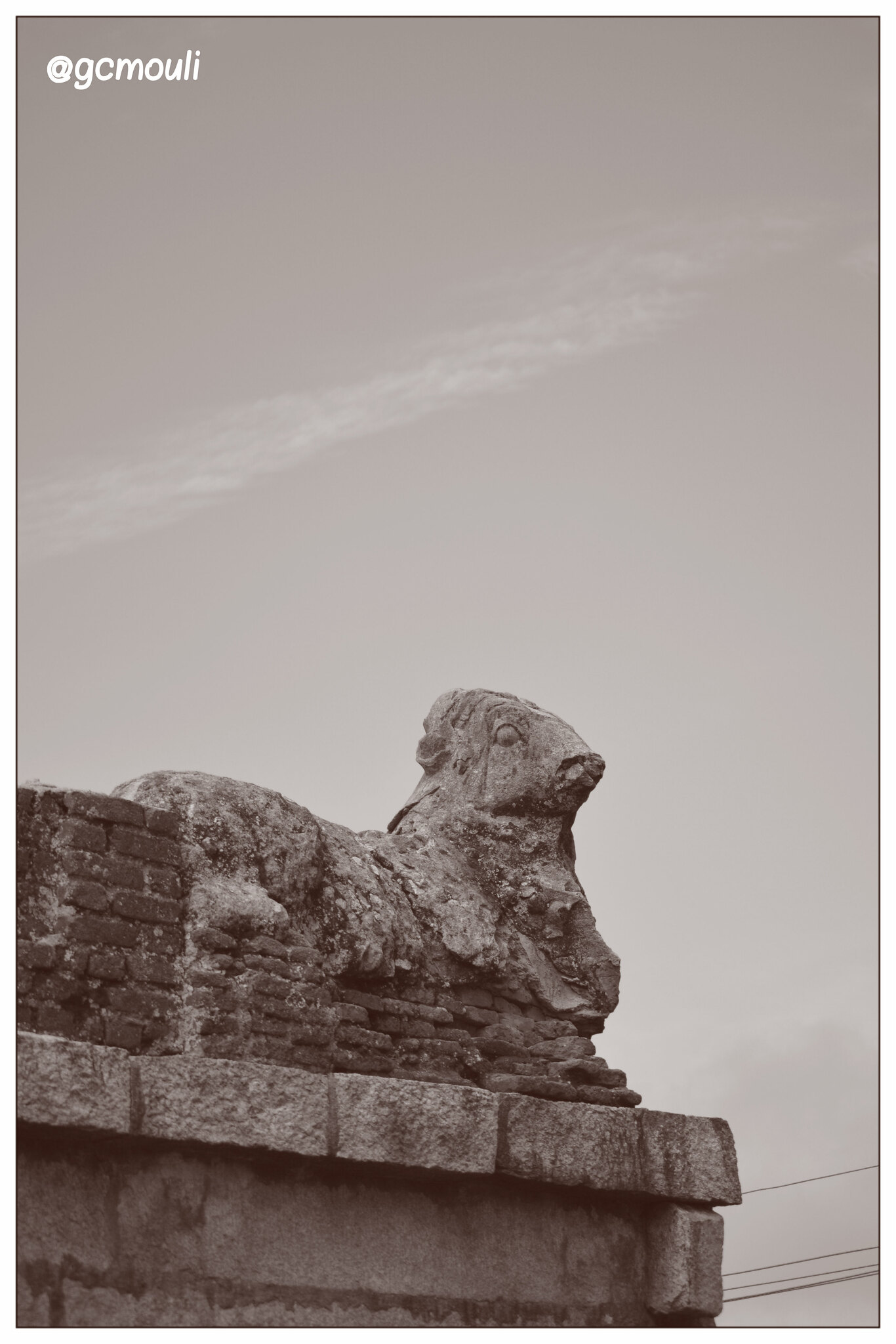 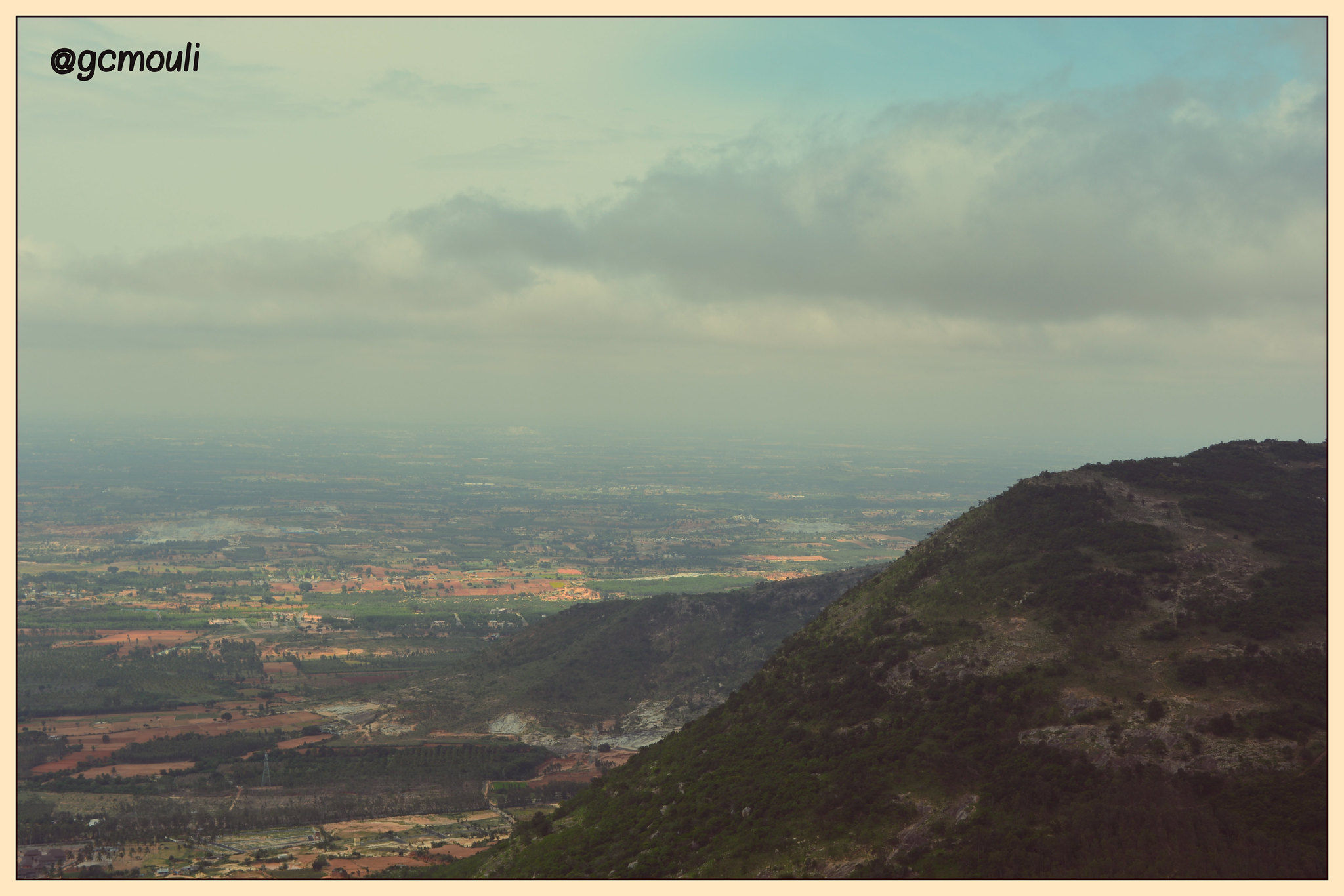 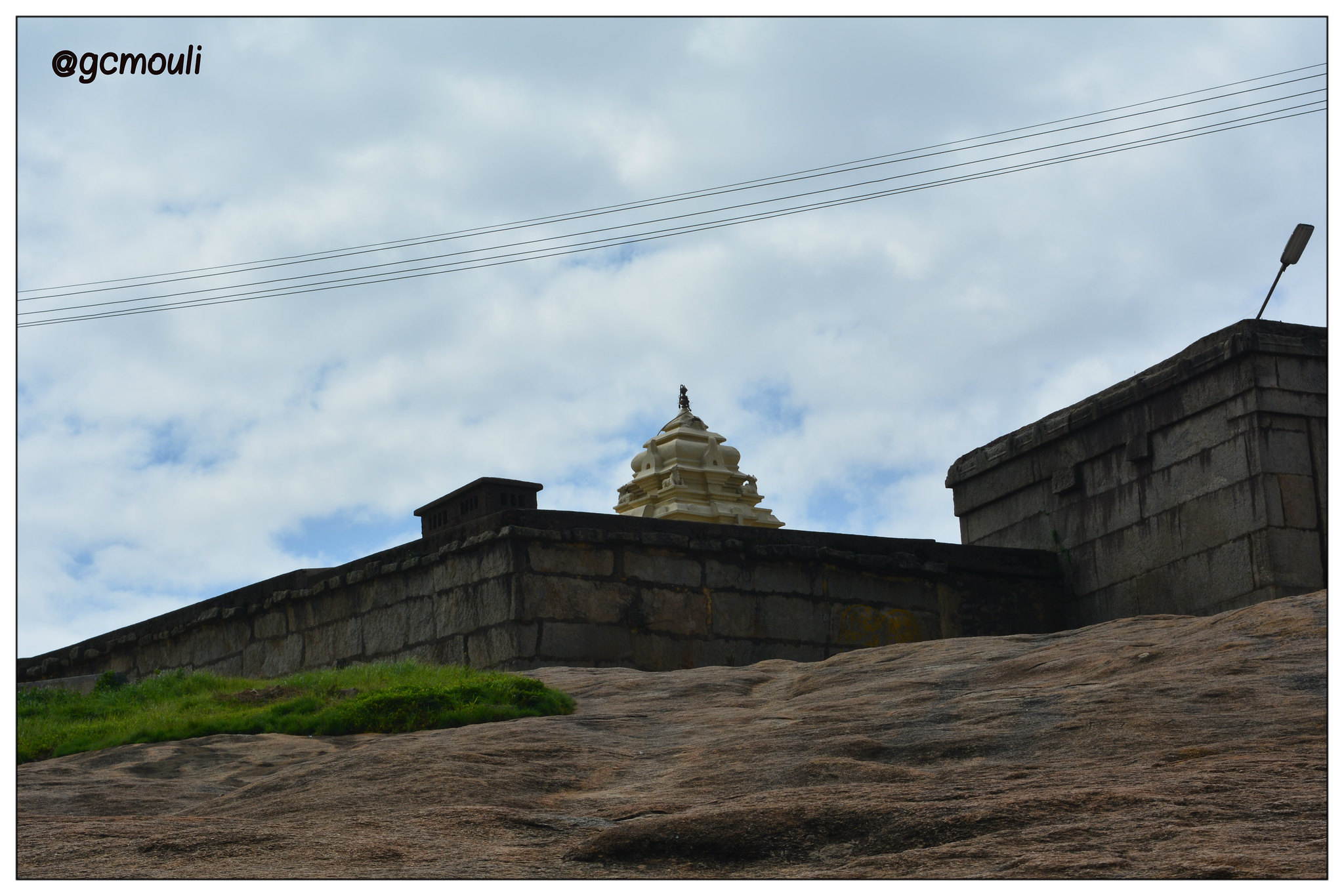 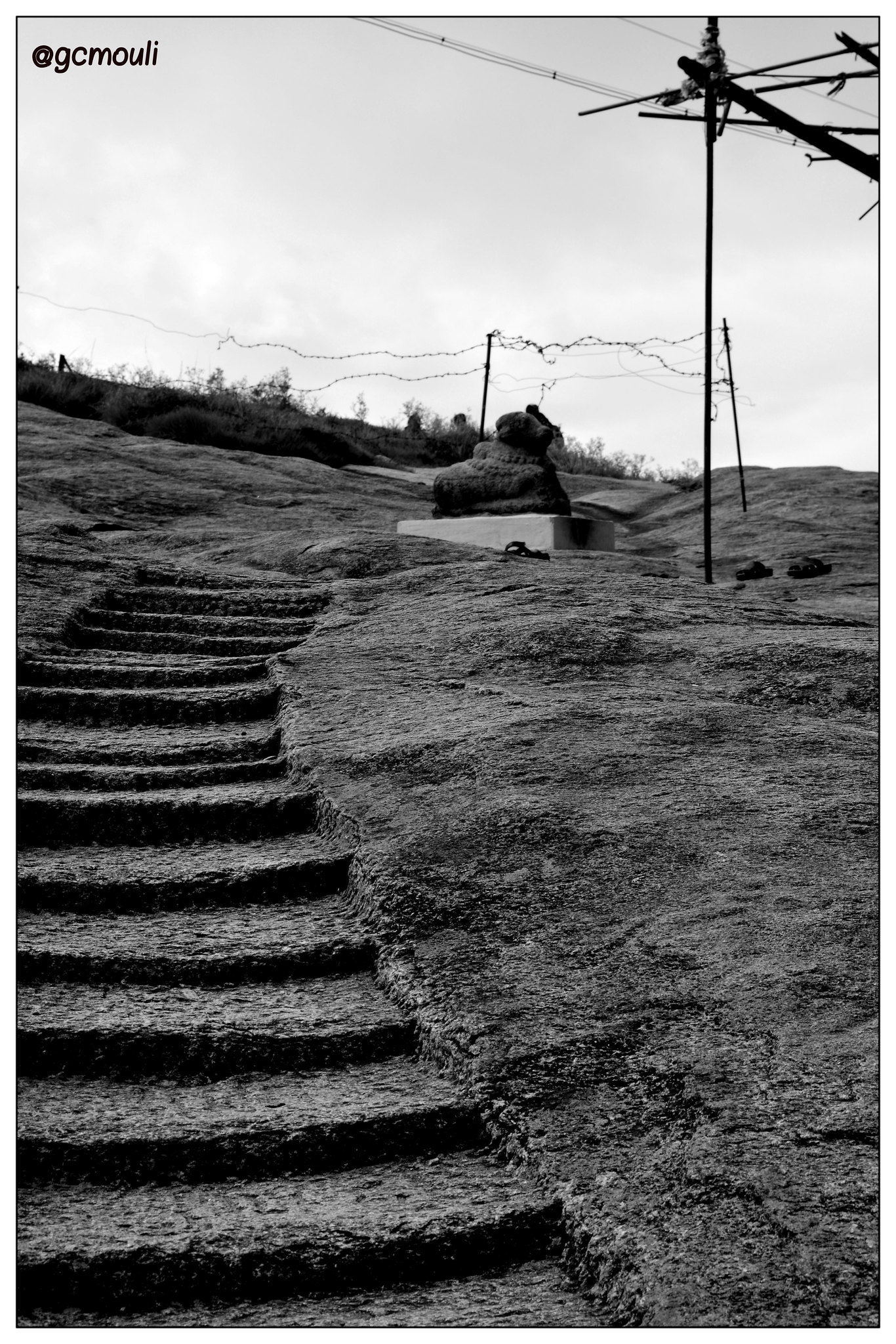 Today is Padhinettaam Peru, or as some people call it Aadi perukku – the 18th day of the Tamizh month of Aadi (mid july – mid aug in the Julian Calendar). On the average year, this is a typical spring day. This is celebrated as a Spring Harvest Holiday. This is not a typical harvest festival to thank the Gods – that is Pongal (Sankranthi). The ritual in this festival is to make simple mixed rice dishes (such as lemon rice, tamarind rice, etc), take it to a river bank or beach, and have a picnic. I kid you not, that is the ritual, and people did it a thousand years ago, and still do it. What a beautiful culture that we have.

If you want a detailed description, read the first chapter of Ponniyin Selvan by Kalki Krishnamurthy. The first scene is when the protagonist, Vandhiyathevan rides into the sunset, along the banks of the Veeranarayana Lake, fed by the Ponni river.

If you just want to read an abridged version, here is my PS-Chapter-1.

Read the rest of the abridged volumes here.